We're Celebrating Ten Years of "Mystery at Shady Acres" with this Find and More!

May 18, 2017
By: Andrew Bermudez
(Mustache Maniacs Film Co. Headquarters; May 18, 2017)
We've just finished our other commitments, so now we're ready to celebrate ten years of Mystery at Shady Acres, which was performed at Bouquet Canyon Church on May 11-12, 2007! Here's what we have for today and the rest of the month!
First, we were quickly managing some info on the official wiki when we discovered this on the official page for Mystery at Shady Acres on the Pioneer Drama Service website. Here's a screen capture from today. 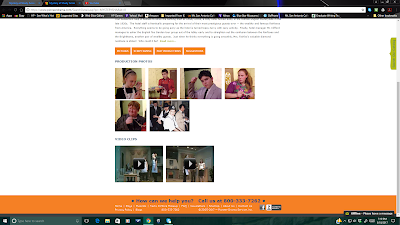 Your eyes are not playing tricks on you. Pioneer Drama Service is using the Mustache Maniacs Film Co. re-release for sample clips for shoppers who are interested in buying the script! It appears that only the first two scenes are here (probably to avoid spoilers for those who have not seen the play), but this is still exciting news nonetheless!
However, we are not done celebrating the tenth anniversary of our last theater production! We have some other special events planned for this month, including:
If you are impatient however, you can take a look at these two press releases from when Mystery at Shady Acres was originally re-released on August 17, 2012 (which, interestingly, was the year of the performance's fifth anniversary). First Look at the Return of "Mystery at Shady Acres." "Mystery at Shady Acres" has Returned!
Update 5/18/2017: Apparently, Pioneer Drama Service using our films to promote their scripts doesn't stop with Mystery at Shady Acres. I've just checked the page for Jolly Roger and the Pirate Queen, and that page uses a vast majority of the Mustache Maniacs Film Co. re-release for videos as well. Here's a screen capture so you can see for yourself. 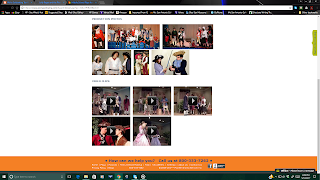 It's odd, though, that this page doesn't hesitate to present videos of the ending. Maybe spoilers aren't a top priority for them after all.
Corporate News Milestones Sneak Peeks Studio Stories Supplemental Material Year of the Clock