Showing posts from October, 2018
Show all

All Release Dates Put On Hold as "Journey to Siberia" Concludes! 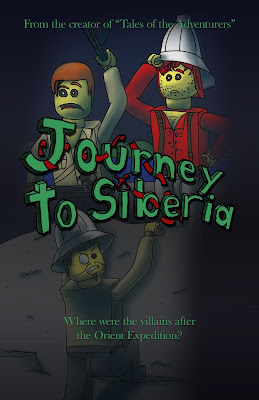 By: Andrew Bermudez (Mustache Maniacs Film Co. Headquarters; October 26, 2018)      We have some surprising-sort of-news for today, so let's get right into it!
Last "Journey to Siberia" Comic Released!      It was announced earlier this year that, due to a restructuring of our resources, Crazyhouse Comics would be shuttered and that both ongoing comics series, Journey to Siberia and DINO ATTACK: Saga of a Conflict, would be ended prematurely, with proper send offs. Today, we've wrapped up one of those comics properly: Journey to Siberia's last page was just released, which you can read for yourself on the respective web page on our website. This chronicle concludes with the events that kick off the plot of A Very Patrick Christmas, which in turn is currently being reworked to tie directly back to the comics. But that's not all!
New "Journey to Siberia" Poster!      To commemorate the ending of this series, Journey to Siberia now has its own poster! It&…
Post a Comment
Read more
More posts