May 12, 2020
By: Andrew Bermudez
(Mustache Maniacs Film Co. Headquarters; May 12, 2020)
After five long years, that bear will finally get to build his log cabin! Read on for all of the news about this upcoming animated short film!

How To Build a Log Cabin is Coming May 29! 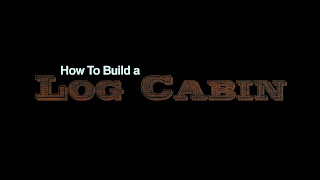 With Covid-19 continuing to keep people indoors, even though certain areas are starting to lift restrictions, we are pleased to announce another short film that will be released in just a few weeks! This film, titled How To Build a Log Cabin, will help fulfill a commitment to bring everyone new entertainment while our audience is still at home. Here is the official description.

After a couple leaves the supplies for a build-your-own-cabin kit out in the woods, a curious bear passes by and inspects the wood. Soon, the playful bear is ready to build himself a new home in the woods! This short, fun film will have you roaring with laughter!

The film will continue a trend started with The Easter Egg to feature non-human characters in starring roles that also experiment with story-telling through acting. The film will be released on May 29, just in time for the start of summer.

Where Did This Idea Come From?
Believe it or not, this film's concept is not a new one. Originally, this film's story was one of many ideas that was thrown out during the pre-production phase for The Kingfisher, which was then literally thrown out, as producers felt that the premise was too dumb. Ever since then, a common joke among supporters of the idea is that most of their conversations would end with, "And someday, that bear is going to build his log cabin." This even spilled over into Mustache Maniacs Film Co.: The Visual Dictionary - 2nd Edition.
However, when a recent assignment was given to create an animation that focused more on visuals and composition than a linear narrative, this idea was resurrected during a brainstorming session. Since some of the other ideas that were approved were outside of the scope of what this project did and did not permit, this otherwise-simple idea was approved for production, which actually began yesterday. Now, after five years, that someday is May 29!

Beyond How To Build a Log Cabin: Covid-19 and the Remainder of 2020 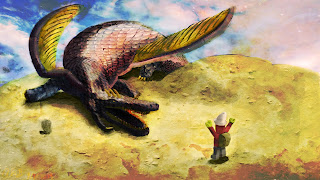 After the release of How To Build a Log Cabin is when we are going to look at the remainder of the year critically. California is still under a mostly strict lock-down, with no real end in sight by July. After Memorial Day, we'll have a better understanding of what the situation for the summer is going to be like, at which time we'll determine what we will and won't be able to do. For the time being, here's what our plans are for all of our announced films.

Possibly Happening in 2020 (situation listed case-by-case):
Slated for 2021 and Beyond
As this situation continues to evolve, we'll let you know what our plans are for the remainder of the year.

Lead Out
Are you ready for the bear to get the justice that he deserves? After five years, he's finally going to build his log cabin!

5/12/2020 5:30 PM PDT Update: On May 9, 2020 our latest film, Pharaoh's Quest: The Curse of Amset-Ra, was featured among many other films in the animated documentary The History of Brickfilms: LEGO Studios! You can watch the film here, and watch for a more in-depth look at this development in the future, here on this press room!
Corporate News Movie Announcements Movie News Release Date Announcements Sneak Peeks Studio Stories