January 06, 2019
By: Andrew Bermudez
(Mustache Maniacs Film Co. Headquarters; January 6, 2019)
Happy New Year! To celebrate, we have a brand-new update to celebrate the upcoming release of Pharaoh's Quest: The Curse of Amset-Ra! Here's everything that we have.

An Unfinished THAC XVI Film to Become Part of Another Film? 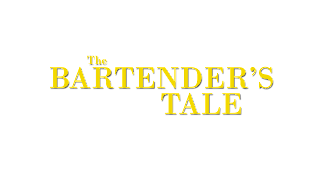 Yes, it's true: We weren't able to complete our THAC XVI entry in time for the deadline. It was to be titled The Bartender's Tale and would focus on the story of Amir Samara, a character who only appears in the background in Pharaoh's Quest: The Curse of Amset-Ra. But what if the story of a background character was put into the spotlight? That's what this film would have been all about. Here is the official description.

It's 1924, and bartender Amir Samara is getting the Barrel Bar at the Windsor Officer's Club ready for a visiting celebrity: world-renowned adventurer Jake Raines! Over some drinks, he tells a bar patron about how he saved this hero's life during the Battle of Beersheba in 1917! This entry for THAC XVI and prelude to Pharaoh's Quest: The Curse of Amset-Ra celebrates the unsung heroes that perform feats of daring outside of the hero's spotlight!

However, since this film is not finished with post-production, it stands in an odd place. Yes, all of the need assets and filming was completed for this project, but since it wasn't edited in time, this leaves us with an almost-done film just...sitting there, behind schedule. But since this film was intended to be a companion film for Pharaoh's Quest: The Curse of Amset-Ra, there was one solution that was decided upon to be our course of action: incorporate all of the assets from The Bartender's Tale into Pharaoh's Quest: The Curse of Amset-Ra! This will not only pad out the running time (and some at the studio have said better introduce the character of Jake Raines), but will also allow us to use all of these assets (some of which were going to be reused for Pharaoh's Quest: The Curse of Amset-Ra, anyway). Speaking of which...

Pharaoh's Quest: The Curse of Amset-Ra to Release Summer 2019!
We don't have an exact date yet, but we are pleased to announce that Pharaoh's Quest: The Curse of Amset-Ra will be coming this summer! We always wanted this film to be a big summer film, and with our current progress on it, we believe that we will make this fairly large time slot. More details, an actual release date, and a trailer will be unveiled throughout the winter and spring.

2-Gen Art is No More!
Unfortunately, we have some bad news. Due to poor sales, the Etsy shop 2-Gen Art was shuttered yesterday. We were able to sell 4 items via the store, but it wasn't enough to justify keeping it running. "What was odd was that several items were Favorited," said CEO Mark Matthew. "But nobody was buying the Favorited items. My theory was that people just liked looking at the artwork. They had no reason to buy it. After all, if you wanted to look at our concept art, you could just browse through our wiki." Speaking of art... 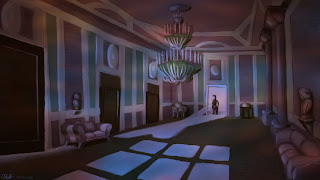 Apparently, there is no such thing as a Marco Polo Museum in Venice, so we're placing the murder and investigation in a real-life location: Venice's Museo Querini Stampalia. This concept art depicts the very beginning of the film, when Block Sauniere is investigating strange noises coming from the library. Anyone who has seen the original already knows how this ends. Johnny Thunder and the Secret of Marco Polo: The Adventure Retold will be released at a future time, after the end of Digital Decade.

Lead Out
That was certainly a strange turn of events, but it does mean that our summer blockbuster is going to have more depth, which to us is always a good thing. What are you most excited about in the new year? Let us know in the comments.
Art Galleries Digital Decade Johnny Thunder Movie Announcements Movie News Project U Release Date Announcements Sneak Peeks Studio Stories