June 26, 2018
By: Andrew Bermudez
(Mustache Maniacs Film Co. Headquarters; June 26, 2018)
With the arrival of summer comes some great new content for you to explore! Here's what we just released!

"Tales of the Desert" Contest Begins!
It has been some time since we ran a proper contest (our last one was the unsuccessful The Canon that Time Forgot), but we now have a new summer story contest for you to enter! It's titled Tales of the Desert, and it concerns writing a story set in any desert in the world! If your story wins, a prize pack inspired by Pharaoh's Quest: The Curse of Amset-Ra is up for grabs, along with an official place in the canonical timeline for your story! There's a lot of specific rules to go over, but everything that you need to know is in the contest video, embedded below.
Remember to have your entry completed and submitted on or before September 3, 2018! Good luck and drink plenty of water!

Poster Madness Introduces Monstrous Teaser Poster!
With the new website's most frequent tweaks being the addition of new posters for page links, we are constantly working on new posters! From simple posters like the one for Air Strike to the more ambitious Legends of the Universe poster, Poster Madness' return has been more ambitious than ever! And now, this brings us to the latest poster: Van Helbrick and the Monster Fighters! 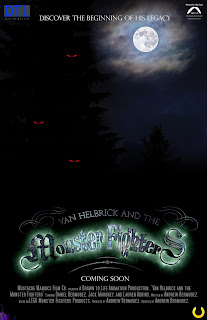 Being a teaser poster, this one is more about the atmosphere than showing any story moments. Here are some fun "Easter eggs" around the poster:
If you want a closer look at the film's new title treatment, here it is by itself. 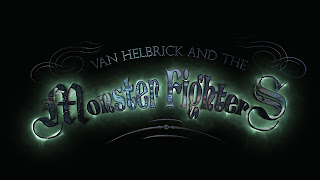 The film will be released at a future time, after the release of A Future in the Past.

Another Canon Update!
These have become fairly frequent, but here is what is new in the official canon.
As always, if anything else needs to be addressed in the canon, we'll have it covered right here for anything new. And as always, the official wiki is a great source of canon information.

Lead Out
Are you looking forward to Van Helbrick and the Monster Fighters? Are you going to make a story or animation for Tales of the Desert? Comment below!
Canon Update Contest Announcements Digital Decade Poster Madness Project U Sneak Peeks