January 01, 2018
By: Andrew Bermudez
(Mustache Maniacs Film Co. Headquarters; January 1, 2017)
Welcome, one and all, to Digital Decade, our twenty-month long celebration of our online network's tenth anniversary! We have some updates to share, so let's get started! 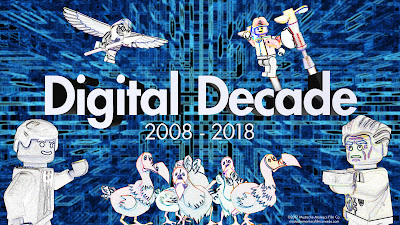 Backstage Showcase Hiatus Ending January 6!
After several months of no new episodes, Backstage Showcase will debut its 28th episode this Saturday! The episode will center on Col. Michelle Mustard from Johnny Thunder and the Secret of Marco Polo and how the character is going to be changed for the said film's remake! It will dive into the origin of the character, why he was added into the film, and will reveal, for the first time ever, the character art for his re-imagining! Of course, this Saturday is also going to see something else big from us... 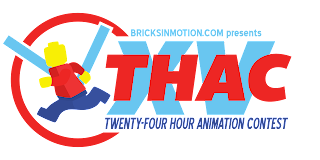 Untitled THAC XV Entry is Coming January 7!
We have given the full green light to proceed with this film, which will center on a brand-new character in the cinematic universe! Specifically, it will focus on the event that shaped that character into who they are now. More details will be released this Saturday.

Art Demonstration Show Col. Michelle Mustard Speed Paint Coming Next Week!
After the new design for Col. Mustard is revealed in the next Backstage Showcase episode, we're going to show how it was created with a short speed paint of the character! The speed paint will show the character's brand-new look amidst some U.N. Peacekeeping Forces that will also appear in the movie for the first time ever!

Lead Out
And this is all in addition to the return of When Barrels Fly on January 26, as well as the dramatic reading of The Hit Man, all just in January! As you can see, Digital Decade and 2018 are shaping up to be packed to the seams, so you never know what surprises will pop up! Happy 2018 and beyond!
Corporate News Digital Decade Milestones Movie Announcements Movie News Project U Release Date Announcements Sneak Peeks Supplemental Material