December 26, 2017
By: Andrew Bermudez
(Mustache Maniacs Film Co. Headquarters; December 26, 2017)
We've had an incredible 2017, and to end the year, we're taking a look back at everything that happened this year, including the release of four new films (counting our April Fools' Joke)! Following that, we're also going to take a look at 2018 and beyond! Let's get started!

January
The year kicked off with a brand-new film: New Year's Resolution! The film introduced the character of Zac Fernstein (who will later appear in B.I.O. Corps) and shows him overcome his past flaws to make himself a better person. You can watch it right here.
January also saw Resolve for Wellness Week (to promote the above film), and the end of the first hiatus for Backstage Showcase. We also launched our first of what would be many polls to see what the fans want to see.

February
While not much in the way of noteworthiness came our way in February, we did surpass the 1,000 subscriber threshold on YouTube! To all who have subscribed to us, we all thank you for your commitment to our work, and we look forward to seeing you come back again and again for more of our content in the years ahead.

March
March saw the debut of the show Art Demonstration Show, which is exactly what it sounds like, except with ties to Mustache Maniacs Film Co. movies. The pilot episode featured concept art for some characters from the upcoming animated crossover crisis epic Legends of the Universe.
In addition, official memes were also released around this time, which fans were invited to use on social media platforms. The website was also updated with a new look, and tons of mystery content was unveiled. Of course, this last unveiling was just a set-up for...

April
April Fools' Day! Mustache Maniacs Film Co. is Coming to LEGO Dimensions!, our most elaborate April Fools' prank to date, debuted on the first of this month. It was, oddly enough, our most successful film for this year and garnered mountains of praise. If you haven't seen it yet, here's the "reveal" video in its entirety.
This film also marked several technological breakthroughs, which we have since implemented for our future films. Immediately following the film's release, an episode of Backstage Showcase revealed the joke and dove into how it was created. You can see that episode right here.

May
May 2017 marked the tenth anniversary of the Cornerstone Thespian Society version of Mystery at Shady Acres, so we celebrated with a month-long look at its creation and development process, including some plays that were considered before the said play was chosen. We also displayed several artifacts from our archives, including never-before-seen models and props, including a Waco CG-4A Glider from A Future in the Past and a Skunkbuster Van from Legends of the Universe.

June
Little was going on in June, but we did officially announce Clone, which was released early July. Speaking of which...

July
Clone is released! It introduces the character of Mark Walker (who, like Zac Fernstein, will return in B.I.O. Corps) and establishes his personality traits, as well as reintroduces Solarum Industries and sets up Cromwell Powell as a villain. The entire film can be seen here.
In addition, the official poster for Pharaoh's Quest: The Curse of Amset-Ra was unveiled, kicking up the hype for this animated historical fiction film. The film will be released on May 25, 2018. 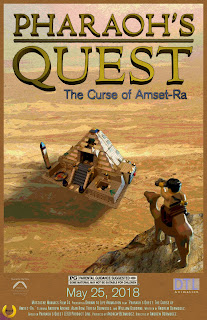 We also started the new show Studio News this month! The first episode was all about Clone and other recent happenings at the studio. Here's the pilot episode in its entirety.

August
While we finished unveiling the title treatments for all of the upcoming Project U films this month, we focused more on restructuring our content schedule, so that we can focus more on creating better content than on creating tons of content. Wiki Mondays ended this month, and all three of our current shows were scaled back to keep their impact to a minimum.

September
September kicked off with the release of our long-anticipated The Third Mustache Maniacs Film Co. Fan Choice Awards! The awards ceremony not only featured award-winning films, it also featured an original song, "Villainhouse Rock," a brand-new host, and first-ever teasers for A Future in the Past and Johnny Thunder and the Wonders Beneath the Waves! If only there weren't so many mishaps during the ceremony...
This month was also the time that the upcoming "Digital Decade" was announced to celebrate the tenth anniversary of our online network! The initial announcement promised the releases of both Pharaoh's Quest: The Curse of Amset-Ra and A Future in the Past, as well as re-imaginings of classic Mustache Maniacs Film Co. movies. A later announcement also promised supplemental material and a ground-up remake of Johnny Thunder and the Secret of Marco Polo. The second Studio News episode was all about this announcement.
We also started to clean up our channel at this time by removing unpopular films. We may continue to do this in the future.

October
October was mostly spent working, but we did unveil some artwork of what the new version of When Barrels Fly is going to look like! However, at this time was also when we officially had to push Pharaoh's Quest: The Curse of Amset-Ra off into 2018. 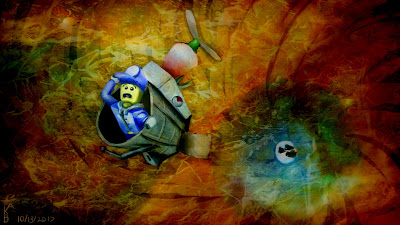 November
November was just a time to get things ready for Digital Decade, among other commitments.

December
Our December was very quiet here, as our Holiday season was VERY hectic this time around. However, we did find time to take a look at everything that will be coming as part of Digital Decade. Some of the more interesting announcements were a full remake of Johnny Thunder and the Secret of Marco Polo, a brand-new company logo, and a series of dramatic readings of unused scripts.
And that brings us to now. We hope that you had a wonderful season and are looking forward to next year. However, before we leave you, here are some final thoughts for the new year.

2018
Naturally, since Digital Decade starts on Monday, everything next year will focus on that. However, we would like to inform you that it is very likely that we will NOT be able to participate in THAC XV. We cannot say for certain one way or another, but it is not looking likely. We will say for certain when Digital Decade officially starts. 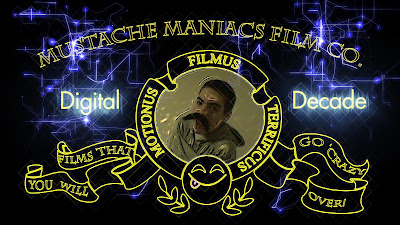 Of course, there is still plenty to look forward to next month alone. When Barrels Fly will be returning on January 26, and a dramatic reading of the script for The Hit Man will be coming soon after that. And that is just for January! Also coming in 2018 is Pharaoh's Quest: The Curse of Amset-Ra, as well as the re-releases of The Adventures of Legoman, Johnny Thunder and the Gift of the Nile, Wonders of Buoyancy, and A Very Patrick Christmas, among other content!

Lead Out
And with that, we conclude 2017 and the Year of the Clock. Thank you all for being part of the Mustache Maniacs Film Co. family, and we hope to see you all again in the new year. We always appreciate your support for our content and your dedication to our brand. See you again in 2018.
Corporate News Digital Decade Fan Choice Awards Milestones Movie Set Stories Project U Sneak Peeks Studio Stories Supplemental Material Year in Review Year of the Clock