March 30, 2017
By: Andrew Bermudez
(Mustache Maniacs Film Co. Headquarters; March 30, 2017)
While strange images and documents have surfaced over the last two days, we do have a new change that we want to share from around our network! If you've been to the Mustache Maniacs Film Co. Wiki since Monday, you may have seen the brand-new look. It's just the first step in redesigning our network to create a unified look!
Today, this press room was the next to be changed, and while its color palette is still a work-in-progress, you can get a sense of what the new network is going to look like! The color scheme is going to be comprised mostly of blues and teals, but yellow is also going to be used as a secondary color, with black acing as a neutral base. For those of you who want a visual representation, here's the new official color palette. 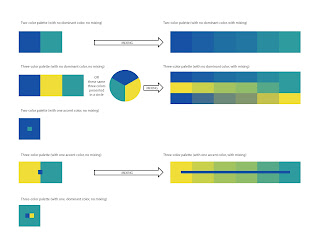 If this looks somewhat familiar, that's because this color palette is intended to be reminiscent of the old LEGO Studios sets from 2000-2002. While teal was not part of that original color scheme, it's intended to act as a bridge between blue and yellow (since they're technically not complimentary colors) and also to add a flair of originality to the network. We'll be covering all of the changes and more in-depth this Saturday as part of a huge announcement.
Behind the Scenes Corporate News Sneak Peeks Studio Stories Supplemental Material Year of the Clock