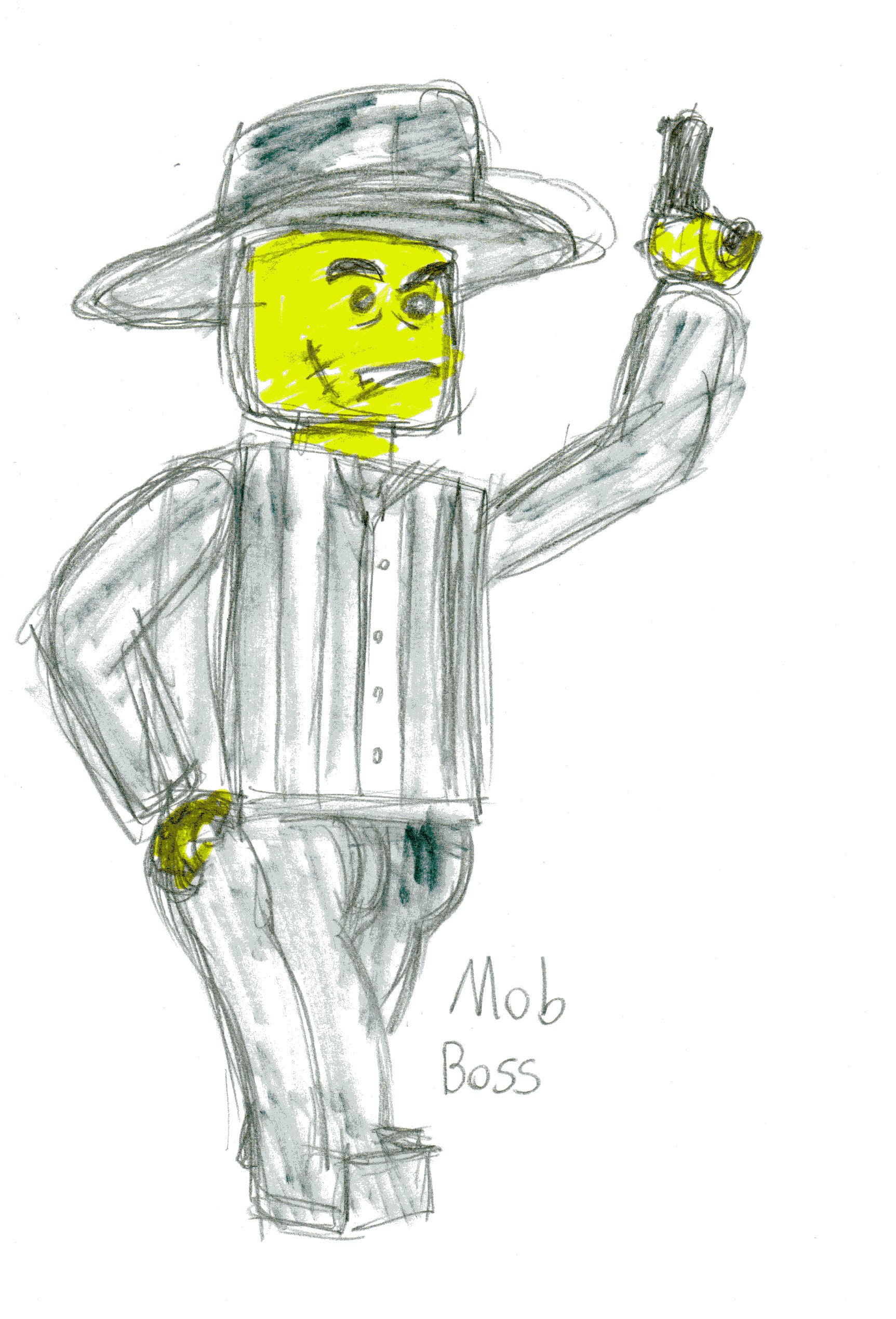 This concept sketch is a preliminary design for the Mob Boss from The Kingfisher and is graphite and markers on copy paper. You can see that this character's design stayed relatively the same, with his face being the only element that was drastically changed. You can see it in place on the film's page by clicking here. This is part of our aforementioned move to upload all of our photos from our archives to the wiki in order to allow for more fan engagement. If we don't have it all uploaded today, then we should be done by the end of tomorrow at the latest.
In other news, we should know next week whether or not Brandon Maddux, Sabrina Lewis, and Brian Thompson will be able to reprise their roles as Farley O'Doyle, Chief Wickfield, and Carl Ryder, respectively. We try to reprise as many characters as possible, but sometimes re-casting is inevitable. We'll see what happens, then announce the results from this on February 1. One way or another, SIGN UP FOR AUDITIONS TODAY!!!

You May Also Like:
Look at What We Found in Our Archives!
First Look at Alpha Team: Mission Deep Jungle!
Release Dates for All Project U Films Confirmed!
Behind the Scenes Corporate News Supplemental Material Year of the Clock