Release Dates for All Project U Films Confirmed!

November 11, 2015
By: Andrew Bermudez
(Mustache Maniacs Film Co. Headquarters; November 11, 2015)
Today, we have some very unexpected news to celebrate Veteran's Day: the release dates for all of our upcoming Project U films have been set down! This seems like a strange move for us, as we have a track record of delaying projects, but we want to give you a look at when we plan on having each film released! Interwoven is also some never-before-seen concept art and images for these films, as well as some expanded film descriptions, so here is what the schedule looks like. 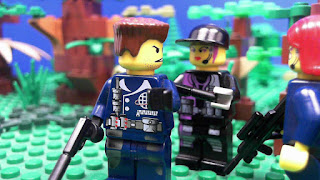 Alpha Team: Mission Deep Jungle - December 25, 2015 - Alpha Team is on a mission, and it's all going to be exciting! Ten years after their mission in Antarctica, the world believes that Ogel is dead, leaving Alpha Team to become pseudo-"soldiers of fortune" as they dispel terrorist groups and quell bomb threats around the world. However, they are about to get an interesting blast from the past when UN delegate Henry Cainman sends Alpha Team their next mission: to go to the Amazon Rainforest and find his daughter Whitney, whom he claims has been kidnapped! Traversing through the rugged jungle terrain, they soon find themselves face-to-face with adversaries old and new in their daring rescue mission! But who is that all-powerful being, and what is his role in the rest of Project U? 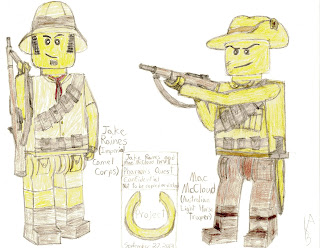 Pharaoh's Quest: The Curse of Amset-Ra - May 27, 2016 - Project U continues with another flashback! Turn the clock back to 1924, when World War 1 veterans Jake Raines and Mac McCloud have become world-renowned treasure hunters! But, when they meet Professor Archibald Hale, their world is about to turn upside-down! He has discovered an ancient prophecy that foretells the return of the tyrant pharaoh Amset-Ra and the six treasures that hold the power to stop him. Now, along with rival-turned-ally Helena Skvalling, the four adventurers must comb the desert for the treasure and stop Amset-Ra before it's too late! Will our heroes be able to stop the un-dead hordes in time? What secret does the cursed pharaoh hold? 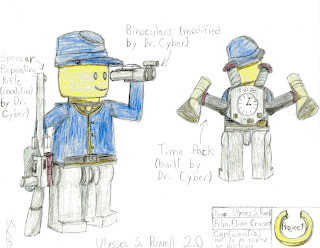 A Future in the Past - November 11, 2016 - The Time Cruisers team up with Civil War veteran Ulysses S. Powell to see what really happened to Dr. Bradford Rant back in 1985 with their Hypno Cruiser time machine. Instead, they wind up in the year 5481, where humanity, leaving a desolate surface of Earth behind, has moved directly beneath the Hall of Extinction to an underground city. But when Professor Millennium and Tony Twister steal the time machine, it becomes an all-out chase across history! Prepare as our time travelers come face-to-face with some of Mustache Maniacs Film Co.'s most iconic characters! 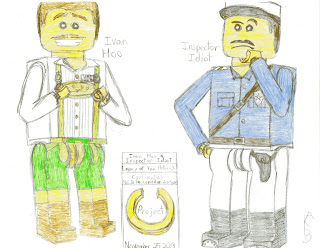 Van Helbrick: Monster Fighter - January 13, 2017 - Remember that vampire hunter, Arthur Van Helbrick, from Forest of Fear? After his cameo, he's going to tell his own story of how he learned his craft. To do that, travel back to 1938 and see how things were different. Van Helbrick was once a brash young man, but with the help of Dr. Rodney Rathbone, he not only works with the famed Monster Fighters to take down Lord Vampyre and stop his plans to eclipse the sun, he also learns the importance of responsibility. 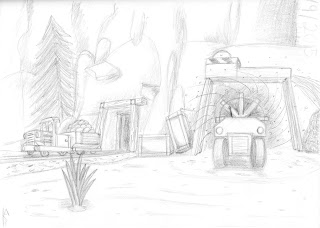 Alpha Team: Mission Deep City - August 25, 2017 - Ogel is back, and he's come with a vengeance! Enlisting the help of a former Bradford Rant Institute scientist now named Dr. Inferno, Ogel has taken over Blackwell Mansion as his new headquarters. To combat this new threat, Alpha Team teams up with Chase McCain and Frank Honey to go undercover and find out what Ogel really wants. If that's not enough, danger lurks in the Bluebell Mine that is going to effect the future of Project U! 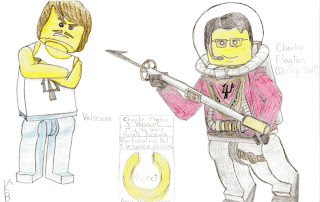 Johnny Thunder and the Wonders Beneath the Waves - March 23, 2018 - Johnny Thunder and all of your favorite adventurers are back for an undersea adventure! When Samantha Rhodes and Ace Speedman find an ancient journal detailing treasure troves in the Bermuda Triangle, Johnny, Pippin, Dr. Kilroy, and the rest of the adventurers are quick to go on another adventure! However, Lord Sinister and Patrick hear about it, too. When these two rival teams come face-to-face for an underwater treasure hunt, the action, the comedy, and the "Patrick, Shut Up"s are going to be non-stop! 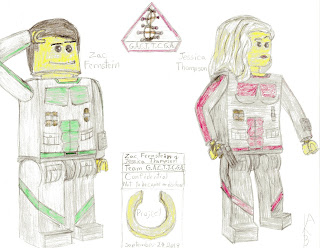 B.I.O. Corps - July 20, 2018 - When Hayman Talon, the evil spy from Com 50-3: Raid on Central Island, tries to resurrect Cal Pada with the help of a man named Baron Typhonus, scientists at Dr. Leinad Laboratories (from Night Guard) are ready to retaliate by recruiting five young adults to become their secret weapon - genetically-engineered super soldiers! It doesn't come easy for them to work together however, as their leader Zac Fernstein used to date another member of the team, Jessica Thompson, and she's less than thrilled to see him. As the team struggles to stop Hayman and settle their differences, they'll meet a colorful cast of characters, including no-nonsense Shadyville police chief Della Wickfield, clueless Leo Rawlins, and eccentric Engineer Max! 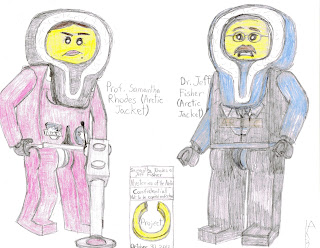 Mysteries of the Arctic - May 24, 2019 - As Project U begins to reach its close, Samantha Rhodes and Jeff Fisher are sent to Polar Base in northern Alaska to investigate some recent meteorite landings. Soon, no one is safe as the creatures inside begin to wreak havoc in the frozen north! With no way to return to the outside world, the scientists are left to their own means to destroy the alien creatures! Will they succeed? 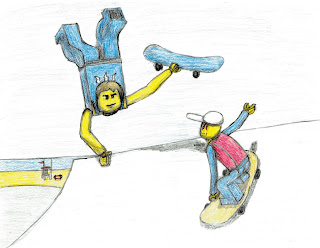 Legends of the Universe - October 26, 2020 - Project U officially ends with this colossal cross-over event that will bring the entire Mustache Maniacs Film Co. cinematic universe together on-screen! When Ogel enlists the help of Baron Typhonus, Lord Sam Sinister, Slyboots, Questions, and other villains to help him conquer the world, Alpha Team retaliates by calling in help from those who best know these villains. But Ogel's plan to open a gateway to another dimension is catastrophic, fusing the two together! There seems to be no way to fix it...or is there? Making an entrance, Ulysses S. Powell has a plan that is sure to work: take Dr. Cyber's time machine back to before the fusion and stop it from happening. The only hitch is that the time machine was split into parts that are scattered around the world. Time is not on their side, and someone doesn't want them to succeed. If these legends of the universe don't work together, the two dimensions could remain fused forever!

In other news, we're going to be adding labels to all of our past press releases between now and the end of 2016. You can already see that this article has the labels Movie News, Alpha Team, Johnny Thunder, and Project U attached to it. In the coming weeks, we'll start at the beginning of this press room and work forward.
11/21/2015 Update - As we've created new labels, some of these labels have been applied to this press release. Label association is still on-going for other articles.
And with that, happy Veteran's Day! Which of these movies are you looking forward to? Any characters you can't wait to see? Let us know in the comments below. And, as always, if you want to be in one of the films listed above, SIGN UP FOR AUDITIONS TODAY!!!
Alpha Team Johnny Thunder Movie News Project U Release Date Announcements Sneak Peeks