May 19, 2015
By: Andrew Bermudez
(Mustache Maniacs Film Co. Headquarters; May 19, 2015)
It really is hard to believe that it has been ten years since Kilroy Was Here! was first performed. Tomorrow is the official tenth anniversary of the performance, but we'll take a look back today.
Earlier this month, we took a look at several photos from the actual performance several days ago, but today, we're going to look at a few photos that were taken behind the scenes! 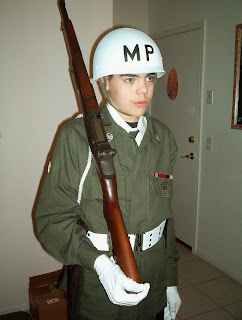 Here is our first backstage image: Daniel Bermudez as the M.P.! This particular photo was taken as a costume test for the M.P. for director Judy Barringer to approve. While his pants and shoes are concealed, it still gives a good look at the costume. The rest of these photos are all backstage photos that were taken during rehearsals and before the actual performance. 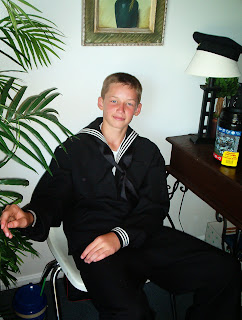 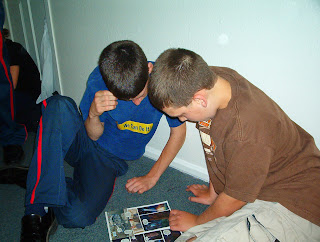 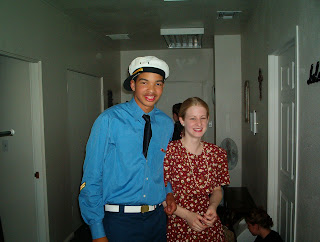 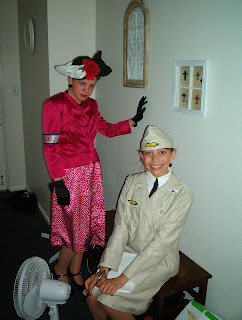 So there are the backstage photos that we have. I will admit that this may not have been much of a reflection back, but it is always fun to look back and reflect. This is part of the reason why a few of the characters return for A Future in the Past. And while Saturday's reveal never happened, we will wish Kilroy Was Here! Month a farewell with the actual reveal of the minifigures of Corporal Joe Kilroy and Private Carl Ryder. See you tomorrow for that reveal, and get ready for The Quest for Canonization on Thursday!
Behind the Scenes Supplemental Material