Poster Madness is Coming this Summer!

April 26, 2015
By: Andrew Bermudez
(Mustache Maniacs Film Co. Headquarters; April 26, 2015)
We only have a few more days until Kilroy Was Here! Month officially begins, and to commemorate it, we would like to inform you that we are going to fill an almost-open void that we have had over the past several years: movie posters! Yes, that's right. Out of all of our films, only 15 have official movie posters. But this summer, in addition to hosting The Quest for Canonization and releasing new films, we're also going to make posters for our films that don't have any at the moment! We've just finished the poster for Kilroy Was Here!, which can be seen below. 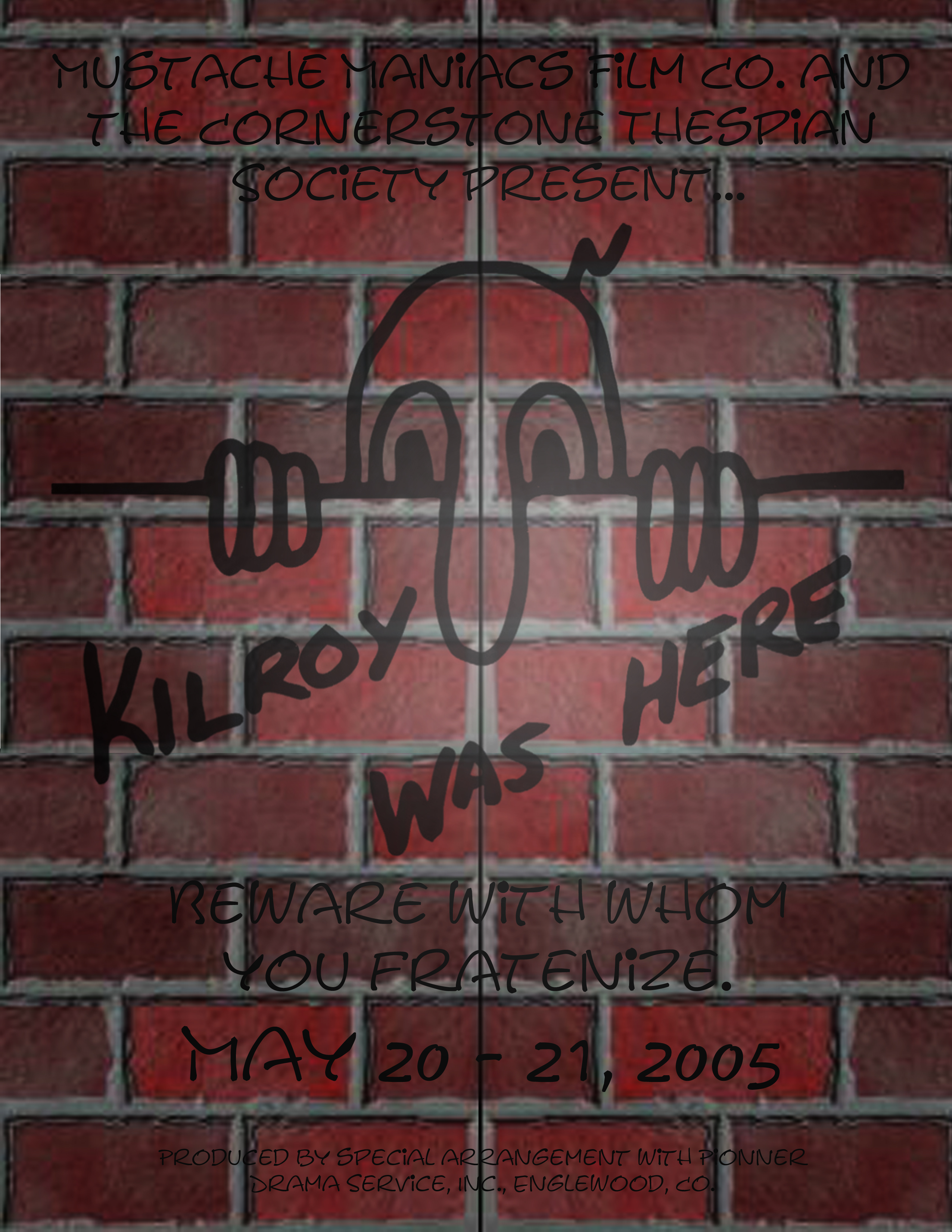 With this poster finished, we'll be making more posters for our films from the past, present, and future! All of these posters will be released on the Mustache Maniacs Film Co. Wiki. The films that will get new posters are:
Just keep in mind that this list is subject to change. If we're strapped on time, we'll cut a few. Or, if we're on a roll with making these posters, we'll make even more! All of these posters should be done by the end of August.
With that out of the way, we hope that you have a great summer, as it is fast approaching. If you have summer plans, don't forget to add auditioning to your line-up of activities. CLICK HERE TO FIND OUT HOW TO AUDITION TODAY!!!
Poster Madness Sneak Peeks