Vacation Update: To and From Walt Disney World

June 26, 2009
By: Andrew Bermudez
(Valdosta, GA; June 26, 2009)
Despite recent events, such as the death of Micheal Jackson, the vacation has been continuing smoothly, even though studio executive Andrew Bermudez failed to send out a press release last Sunday. During the last week, the studio executives went to several places including Walt Disney World, New Orleans, Houston Space Center, and more.

Day 6: After a night of sleeping in a converted lawnmower shed, we headed off to Houston where we almost got lost in the city's freeway system. After some twist and turns, we arrived at Lakewood Church, where Joel Osteen's sermons take place. This was very special to us because we watch his sermons on TV. Afterwards, we visited the Houston Space Center. Despite the entrance area, which resembled a space-themed Chuck E Cheese, the museum area was very well thought out, with an extra touch provided by an audio tour. Afterwards, we headed across the freeway to the Baybrook Mall. Here, I picked up the latest issue of Brickjournal at the Lego Store. That night, we stayed in Lafayette, Louisiana. Day 7: We headed off to the capitol of Louisiana, Baton Rouge. Here, we saw the capitol building, the site where Huey Long, a former governor of Louisiana, was shot, and his gravesite and statue. However, due to unbearably hot conditions, we didn't stay long. After our brief visit, we continued on to New Orleans, where we spent the night.
Day 8: We decided today to make the foolish decision of driving into New Orleans without a good road map. Not only have several of the buildings been left untouched since Hurricane Katrina, but all of the roads were one way, leading to utter confusion. We soon arrived at the WWII Museum, which, unfortunately, did not deliver anything special. After several wrong turns (one sent us the wrong way down a one way street), we arrived back at our campsite. 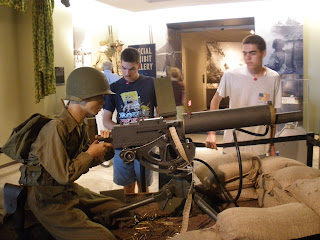 Day 9: After sweating our way through two nights of camping we got out of Dodge (aka New Orleans) bright and early. We detoured to Fort Gaines, which is south of Mobile, Alabama. The location, which is on an island in the Gulf of Mexico, is not only cool, but so was the fort itself. At night we tried sleeping in the KOA in Milton, Florida. The infestation of cockroaches in our Kamping Kabin sent us packing for an uncomfortable night in our truck.
Day 10: Before the break of dawn, we floored it to Disney World. While in route, Daniel spotted a dead Gibbon on the side of the road. (Check out our roadkill tally for more unusual spottings.) We made a trip to Downtown Disney. This was just a first into what would be many amazing bus rides around the resort.
Day 11: The much anticipated day arrived. We went to Disney's Animal Kingdom. Did Daniel tell you that he thought Expedition Everest was stupid? Well he told us at least a dozen times. Dinosaur was a letdown, but Kilaminjaro Safaris and the Festival of the Lion King were amazing. We topped the day off at Chip and Dale's Campfire with a viewing of Bedtime Stories. 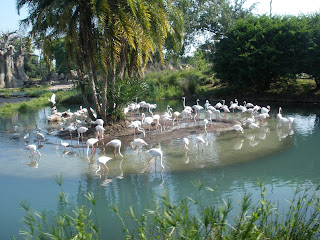 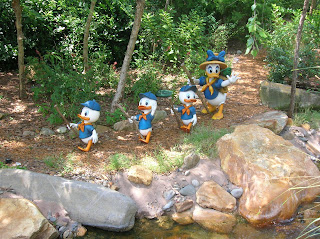 Day 12: Today we were awaken by thunder, lightning and wind. It wouldn't have been so bad if we hadn't been sleeping in a tent. After the rain let up and we discovered our campsite had flooded we went to Epcot. Our day would not have been complete without the impressive American Adventure and Mission: Space. Daniel has another must miss for you: Journey into Imagination with Figment. 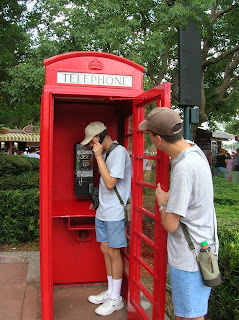 Day 13: Today we visited Disney's Hollywood Studios. The Great Movie Ride, the Indiana Jones Stunt Show and Lights, Motors, Action Extreme Stunt Show were all very impressive. The tram tour not so much. 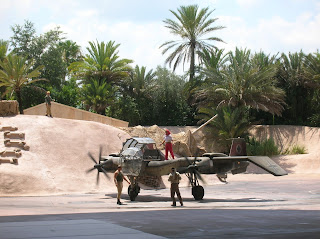 Day 14: From Disney's Campground we took a boat taxi to the Magic Kingdom. Even though it's a lot like Disneyland, we still had a wonderful time. Mickey's Phillarmagic and the Carousel of Progress are spectacular. We rounded out our Disney World Vacation by dining at T-Rex Cafe in Downtown Disney and a second trip to the Lego Store. 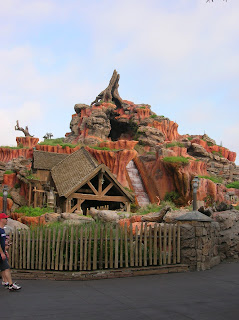 Day 15: After another wet night of thunder and lightning we were glad to leave Orlando behind. We visited the oldest structure in the US: Castillo de San Marcos. It is located in St. Augustine on the Florida coast. It was quite an impressive sight.
Next Time: Atlanta, Yorktown, and more.
Vacation News