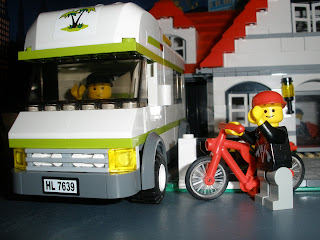 By: Andrew Bermudez
(Andrew and Daniel's House; June 12, 2009)
Today is a big day for Mustache Maniacs Film Co., and it's not about the switch to digital TV. The executives of Mustache Maniacs Film Co., Daniel and Andrew Bermudez, are going on a 6-week vacation! "It's going to be a lot of fun!" said Andrew.
Even though no work will be done on Black Friday and Johnny Thunder and the Gift of the Nile during this time, the executives will still keep in touch via press releases and photos about the sites they visited. Some of these sites will include New Orleans, Walt Disney World, Atlanta, Washington D.C. and St. Louis. "I have confidence that the trip will be a big sucess and also give us time to step back and contemplate the future of Mustache Maniacs Film Co.," said Daniel.
Once the executives get back on July 26th, finalization of the script and filming for Black Friday will begin. The film will be released on November 27, 2009.
Corporate News Studio Stories