August 20, 2019
By: Andrew Bermudez
(Mustache Maniacs Film Co. Headquarters; August 20, 2019)
As we move into the Fall season and towards the Holidays, we would like to share a major news update from the studio. We're scaling back on some things and revising many of our future projects. Here's what going on right now! 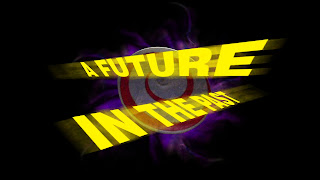 No, we're not going to cancel Project U, but we are revisiting the scripts that we have ready for these films for major revisions! "With the release of films such as Ocean of Fear and The Pen, many of these films for Project U no longer work in the cinematic universe," said director Seth Masterson. "By revising these scripts, we can make their stories work again, but we're also taking a good look at them. By that, I mean that we're drastically revising these films with the primary intention of asking ourselves 'Is this story actually good?' We're really dissecting these films, making sure that everything about these films works for the film specifically." This move has already created one major change, but not for Project U.

"Cancelled Film Revival" Has Been Cancelled!
After looking over our upcoming promotion Cancelled Film Revival, we decided that these days, our fans only care about watching films, reading the comics, exploring the wiki, and more. The days of engaging fans with contests, polls, and surveys have long passed. This means that, since we want to focus on our films, we are cancelling Cancelled Film Revival. While this does mean that we are no longer letting the fans decide which cancelled film will be revived, this does mean that we can, at least, revive more than one cancelled film, according to our discretion.

Canon Update!
We've also got some house-cleaning to do in terms of the official canon! Here's what's new.
We hope that this manages to patch up some existing holes in the universe that haven't been explained yet.

Lead Out
While we did have to make these changes to scale back our workload, we aim to do this to make our content the best that we can make it. Stay tuned for more updates!
Canon Update Corporate News Digital Decade Movie News Project U Studio Stories