"Howling Hollow: The Forest of Fear" Has Begun its Debut! 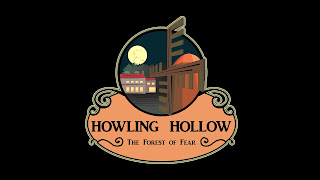 By: Andrew Bermudez (Mustache Maniacs Film Co. Headquarters; February 1, 2023)     While we are still hard at work on preparing for Twenty Years Young , we have just debuted the beginning of our first-ever special project, and we hope you're all as excited for this as we are! Howling Hollow: The Forest of Fear  Has Launched!     We've talked about it on-and-off for a few months now, but our first-ever special project, Howling Hollow: The Forest of Fear  has just launched! This art project will encompass most of 2023 on its own blog site. However, you can expect to hear more about it on our main website, on our YouTube Channels, on the wiki, on Andrew Bermudez Art, and yes, even here on the press room. CLICK HERE to visit this new site today and check out the special project's first post, which should cover what this is about. Speaking of which... What is Howling Hollow: The Forest of Fear ?     This special project is aimed to re-imagine the setting of the smash-hit anim
Post a Comment
Read more

The (Not) Bigfoot Has Arrived! Plus Cleaning Up and Correcting Studio Records!

By: Andrew Bermudez (Mustache Maniacs Film Co. Headquarters; January 8, 2023)     We've welcomed the new year with our very own THAC 2023 entry, which continues Cancelled Film Revival  by rebooting a previously-scrapped idea! Let's see what we have in store in today's update! Hunted: A (Not) Bigfoot Story  Has Been Discovered!     In case you didn't know, THAC 2023 was yesterday, and that brings with it a brand-new film! This one is Hunted: A (Not) Bigfoot Story , the hilarious misadventure of a wild hillbilly whose been asleep for too long and is now covered in hair! Everyone thinks that's he's the elusive bigfoot, but all that he wants is a haircut! However, that earthquake that first woke him up can't be a coincidence. Watch the film now with the embedded video above! Studio Records Need to be Corrected for Twenty Years Young !     In other news, it recently came to our attention when auditing some documents that we may have been lying to all of you - i
Post a Comment
Read more

By: Andrew Bermudez (Mustache Maniacs Film Co. Headquarters; December 31, 2022)     As another year comes to a close, we have a lot to look back over from the past year. With a decent amount of content this year and more coming in the new year, here is everything that happened. January     January began with the release of Officer Spot , our entry into THAC 2022 which revived the never-realized (until now) story of a police dog who was the only police officer left in town! Not only did this film introduce an entire new location to our cinematic universe, but also gave us a new offering that has been engaging with newly-arriving fans! Also this month, the lead writer for the DINO ATTACK RPG, PeabodySam, joined our story team and helped us clean up some issues with the official canon, as well as begin working on creating new stories with us. February      February was a fairly quiet month, with the most interesting things happening being behind the scenes. However, we did evaluate our
Post a Comment
Read more

"Camel: The Movie" Has Arrived! 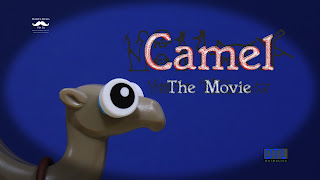 By: Andrew Bermudez (Mustache Maniacs Film Co. Headquarters; December 30, 2022)     Right on the cusp of a new year, we have finally released Camel: The Movie ! Today's post is a quick update, so let's dive in! Camel: The Movie  Has Been Released!      After completing this film, going down to the wire (it was a tense post-production process), Camel: The Movie  has now arrived to surprise us all! It'll surprise you because it'll answer the questions regarding the fate of Nevada Smith's camel in Patrick: The Movie  in unexpected ways! It's already surprised us because, quite frankly, we don't know whether or not the final film is more absurd than the April Fool's Day version released earlier this year. Either way, if you want to see the film, just CLICK HERE . CONFIRMED:  Hunted: A (Not) Bigfoot Story  Will Be Out January 8, 2023!     In case you haven't heard, THAC 2023 was recently announced to happen on January 7, 2023. Normally, we would leave t
Post a Comment
Read more 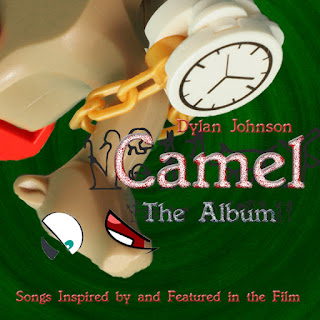 By: Andrew Bermudez (Mustache Maniacs Film Co. Headquarters; December 23, 2022)     Today, we've released some new camel songs and camel news! Let's see what's going on today! Camel: The Album Expands with Four New Songs!     If you can't get the song Camel, Camel (Camel, Camel,)  out of your head, then we are here to tell you that there are now more camel songs to get caught up in with this update to Camel: The Album ! We've dropped the mono mixes (since there are none for the new songs), but we've beefed things up with these new, original songs! They are as follows: Camel Globetrotter Camel 'Round The World Camel Rockin' Round The World Camel 'Round The World (Shatnerized) (Album Only) And the best part is that we have not changed the price by a single penny! The album is still $8.99 and still contains all of the songs from the day one release!     One last things worth mentioning is that, while we are no longer going to expand this album any fu
Post a Comment
Read more

Studio Update: The Release of "Speeder," First Teaser for "Howling Hollow: The Forest of Fear," and News for "Camel: The Movie!"

By: Andrew Bermudez (Mustache Maniacs Film Co. Headquarters; November 28, 2022)     With just a few weeks left in the year, we have some big project news to share, including the release of a brand-new film! Speeder  Has Been Released!      After several delays, years of development, and spending 5 years as "being canceled," Speeder  has finally been released! This remake of the pre-formation era film of the same name updates the old story for the modern day, as well as fleshes out new characters for the cinematic universe! We don't want to slow you down, so you can cut to the chase by either watching the film right here or by visiting the official web page right here ! The Original Soundtrack for  Speeder  Has Been Released!      As an extra layer of icing on the cake, we've also released the original soundtrack for Speeder , composed by our very own Dylan Johnson! It's a short album of scores, but these humorous tracks will be something that you'll want to
Post a Comment
Read more

"Speeder" Has Been Delayed Again And Continuity Corrections! 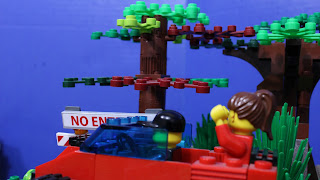 By: Andrew Bermudez (Mustache Maniacs Film Co. Headquarters; October 26, 2022)     With how slow production has been going, it was inevitable that this was going to happen, but Speeder  has been delayed yet again. Details on this and more are the focus of today's press release. Speeder  Has Been Delayed to November 11!      While we've been pushing to get this film back on track, the truth is that, while the set where most of the action takes place is finished, the second and final setup is taking longer to prepare than we had hoped. Therefore, Speeder  is being pushed back one last time (guaranteed) to November 11. In place of the film's original release on Friday, we'll have the film's poster released this weekend. 11/8/2022 UPDATE:  We could not secure an actor for the character of Sally in time, so now Speeder  has been delayed one last time to November 25. The original plan to cast Alanna C in the role is being scrapped, with a new actor being sought out thi
1 comment
Read more
More posts